The Calm Before the Palin Storm

I realize it’s a good thing that Dana Milbank is leading a boycott on reporting about Sarah Palin because it gave him time to really screw up a piece where he is claiming that what John Boehner and the Republicans are trying to do would mess up the economy even moreso than it is now. Rush Limbaugh took him to task today. Milbanks is still way out there. He's just not directing it at Palin this month. Thankfully, Washington Post’s Dana Milbank doing fine during month-long Sarah Palin detox. You have to admit, though, that the silence is eerie. For Palinistas, it’s like dealing with dry land after being on a ship pounded by waves for over two years.

There are others who are also staying quiet. For the last two weeks, aside from your normal Time Magazine, US Weekly or Rachel Maddow commentaries which quote from comedy pieces on Palin as fact, most of the anti-Palin stuff has been normal analysis or rebuttals to her comments on Egypt or the budget. Yes, they’re actually talking policy for a change. It’s refreshing to see how a media environment devoid of PDS does a body good.

Even the pro-Palin sites are running out of material. Texas4Palin yesterday responded to an article that was critical of Palin about her Egypt policy. There was no debunking of myths about daughters shacking up with boyfriends, husbands visiting prostitutes, hair falling out or books being banned. It was purely intellectual stuff in support of Palin’s policy position. Conservatives4Palin took Shannyn Moore to task yesterday – not for something outlandish she said about Palin but rather for something she said about Lara Logan. Today, all their material is devoted to criticizing President Obama.

The Palin enemies still prove what they are made of even during their silence on Palin. They are still able to fire off negative venom at other enemies in their unbalanced ways. This proves that for the last two and a half years, it really hasn’t been Palin. It’s been them. As they turn to other targets, you still see the vitriol and you still see the unhinged liberalism. It would be nice if people remember who the boycotting voices are now so that we know who they are again when they come back to ruin our discourse.

Yeah, we still got a writer out there that’s trying to say "the largest number of Palin supporters are 'birthers.'" The mainstream media is also touting polls that don’t portray Palin favorably. But, hey, not all loons can keep it zipped for a month. But notice how in the absence of heads spinning, green vomit and satanic voices about what mothers can do in hell, Sarah Palin actually seems quite normal. Her name is mentioned along with other potential 2012 GOP candidates as reporters and pundits give honest assessments about their chances and play the “flavor of the day” game which has always been a part of media speculation long before Palin was in a national race. 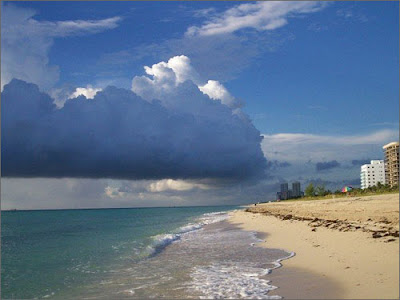 It would be nice to think that Sarah Palin can walk amongst us again without being blind sided by lying bloggers who get their keyboard spittle up the flagpole to outlets like MSNBC or the Washington Post. It would be nice to think that she can write an op-ed or make a statement during an interview and have it discussed rationally and logically, even disagreeably if done so honestly, without the loud clatter and annoying background noise of deranged journalists at left wing publications throwing out all kinds of mind pretzels to keep the focus off what’s real.

But that isn’t going to happen. February is over in two weeks. As we near “announcement time,” you can expect the usual players to start sounding like that band in Frank Zappa’s song “Joe’s Garage” again. All hell will be breaking lose. The Palin army will fly in formation with their websites and blogs firing away, flack everywhere, as they take on the incoming lobs from the unhinged liberal media once again.

Clean your weapons and keep your powder dry, Palinistas. The army continues to grow and the battle looms. Enjoy the normalcy now while you can. The time is coming when we will be rhetorically bleeding and skewering in the name of our nation’s next great leader.
Posted by Patrick S. Adams at 9:45 AM 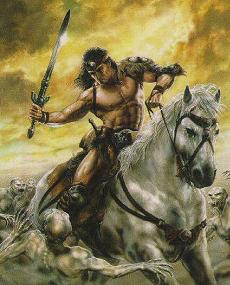 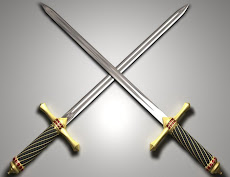 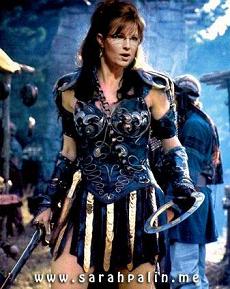 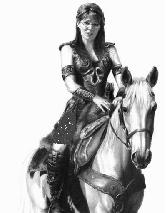 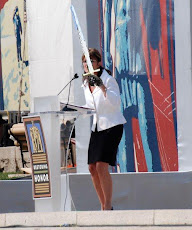 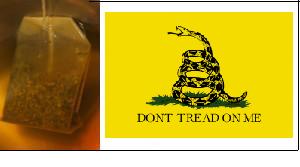